The United States has privately warned Russia against using nuclear weapons in Ukraine for several months. 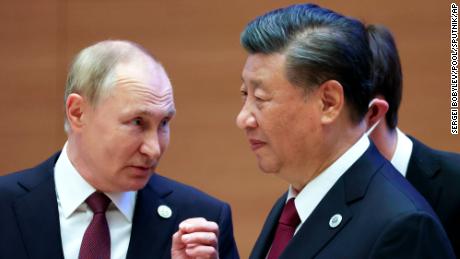 It was not immediately clear how or when the warnings were sent. The State Department was involved, according to an official. The Biden administration has also relied heavily on intelligence channels to communicate sensitive messages to Moscow during the build-up to and prosecution of Russia’s war in Ukraine, including recently in negotiations over wrongfully detained Americans.

The warnings, first reported by washington post, comes as Russian President Vladimir Putin has once again threatened to resort to nuclear weapons amid a series of embarrassing battlefield setbacks in Ukraine. In a speech on Wednesday, he warned that, “In the event of a threat to the territorial integrity of our country and to defend Russia and our people, we will certainly make use of all weapons systems available to us. This is not a hoax.” . .”

US officials have emphasized that this is not the first time that Putin has threatened to resort to nuclear weapons since the beginning of his invasion of Ukraine in February, although some analysts have seen this threat as more specific and escalating than the president’s previous rhetoric. Russian.

The United States has also tried to dissuade Russia from using a nuclear weapon in public warnings in the past and has made the issue a topic for comment at the UN General Assembly this week in New York. Secretary of State Antony Blinken said Thursday that Russia’s “reckless nuclear threats must cease immediately.”

US President Joe Biden, in an appearance on CBS’s “60 Minutes” last week, said his message to Putin should he consider using nuclear weapons was: “No. No. No.” .

The US reaction would be “consistent” but would depend “on the scope of what they do,” Biden said, without elaborating.

For now, top CIA officials have said publicly that they have seen no signs that Russia is preparing to use nuclear weapons. But some military analysts have been concerned that Russia may try to use a tactical, or battlefield, nuclear weapon in response to its poor performance in Ukraine, a tactic sometimes called “escalation to de-escalation.” Intelligence officials believe that Putin would likely only resort to that option if he felt that Russia or his regime was in existential danger, and it is unclear whether he would feel that losing his war in Ukraine would fit that description.

WASHINGTON- The Supreme Court opens a historic term Monday by welcoming its first Black woman to the bench as it faces challenges...
Read more
Load more

The sequel to Blizzard's beloved hero shooter Supervision will be released very soon. Here's everything you need to know about supervision 2's release...
Read more

"Think of this less like a show and more like an open rehearsal," Weezer frontman Rivers Cuomo told a packed house at the small,...
Read more